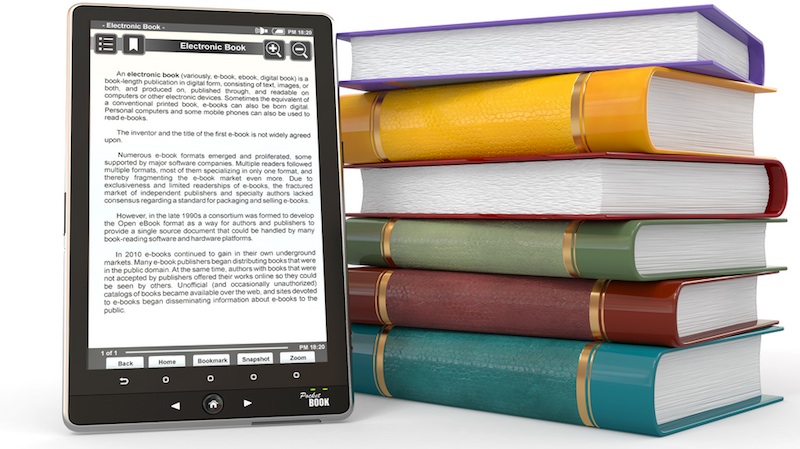 It was November 2007 when on the 19th Amazon launched its first Kindle, a device for reading electronic books. And now, looking back, we can see the profound change that has occurred in people’s reading habits. In addition, its history makes us a little more aware of the entire technological revolution that we have experienced since the beginning of the century.

From the origin of the Kindle to today

The first Kindle was far from today’s devices, but it was an overwhelming success. In fact, within a few hours of going on sale, stocks were sold out and it was not until months later, in April, when the well-known platform had stock available again.

On a practical level, this ebook had a 600×800 pixel screen and weighed almost 300 grams. In addition, it had a built-in keyboard and expandable memory (with SD) of 256 MB. Of course, in terms of connectivity, not to mention “G” or similar terms, it included a USB and CDMA connection.

With all this, time passed, the generations of these devices quickly began to follow one another and the range of products also increased. Already in 2009 the second generation arrived and it can be said that the jump from one to another has been annual until reaching the last one. The eighth generation that saw the light last year.

Although the history of Kindle cannot be reviewed , without mentioning another of its greatest exponents Kindle Paperwhite , a different model of e-book reader that went on sale for the first time in 2012 and has been consolidated over the years. The last witness to its evolution was the third generation launched in 2015.

Of the main features of this version of Kindle we can say that: the two e-readers have a six-inch screen, the size is the same and the weight is very similar, although slightly less in the 2015 reader. But it is the differences that mark this evolution. The internal memory has gone from 2 Gb to 4 Gb, the battery life has decreased from eight to six weeks (it is also true that some features consume more).

Apart from these products, its latest releases have been the Kindle 8 and the Kindle Oasis. Where this evolution can perhaps be best seen is in the details. Of course, the Kindle 8 does not remember what a keyboard is except for its frame, it is all screen. Also striking is the change in his weight, which has been drastically reduced by almost half. This e-reader has a bluetooth connection with Voice View screen reader software for the visually impaired.

Meanwhile, the Kindle Oasis has been designed with a 6-inch screen, has an internal memory of 4 Gb and has USB and Wi-Fi connection pre-installed, and also offers the possibility of buying a 3G version.

Diversification of the Kindle

The Kindle world has been growing and not just as far as e-reader is concerned. A generation of authors has also been born under its wing and other products closely related to ebooks have been created. Among them we find:

If you already have a Kindle and are currently looking for new titles to get hooked on, you can get ideas from the most read books by stockbrokers on Wall Street . Not all are titles related to the economy, although there are, but you can also find science fiction, thriller or suspense novels, among others.

There are things that no matter how much time passes, they do not change and one of them is the pleasure of reading. It does not matter if there are many distractions now and we spend hours retouching photos with the phone or playing games . Sit quietly in an armchair, with a cup of coffee or tea, and take your Kindle knowing that you have time to delve into that book that you have been wanting to read for so long will continue to be a delight.

What book are you looking forward to reading or are you stuck at the moment? Share it so that together we can create a reading Wishlist.

Related Topics:Kindle: the past and future of the electronic book
Don't Miss

What does Amazon Prime offer you?