Crossovers began as an unusual strategy for companies to bring together characters from the same company but who were not very related. What used to be an exception before is becoming more and more normalized, even in the video game world. Smash Bros set a precedent , not only in bringing together dozens of characters from a variety of backgrounds, but also when it came to marking a certain gameplay. PlayStation All-Star Battle Royale , tried to follow his path without success, and after Nickelodeon: All-Star Brawl , Warner wants to try MultiVersus .

Of course, there are plenty of characters to fight : comics, drawings, movies… The extensive library of the Californian giant will allow it to bring together protagonists of all kinds, giving rise to an attractive universe that will help generate curiosity about a title whose gameplay will have a lot to say about it.

And the best of all is that the title will be free-to-play , something that will allow even the most reluctant to want to try it. Of course, it will have microtransactions, which will be paid with gold, which is earned by playing; or with gems, which are obtained by paying real money. In principle, these will not generate advantages, but rather will be used for aesthetic elements.

In this guide we will collect all the information that has been made public at the moment. If it has caught your attention and you want to take a look at it, we leave you a brief summary.

Everything we know about MultiVersus, the Warner Bros Smash

At the moment, Warner Bros has not yet announced an official date beyond 2022, but the title is likely to be available in late summer .

Platforms on which MultiVersus will be released

It’s ironic, but the only console that you won’t be able to enjoy this Smash on is the one that gave rise to it, Nintendo’s. The title, which will have cross-play, will be released for PlayStation 4 and 5, PC, Xbox One and Series X/S .

A very common problem with titles based on Smash is that its formula has never been as successful as the original: they always lacked something that broke the gameplay and made it very crude, slow and monotonous. The developers of this, however, Player First Games, have assured that in this case they will be identical, especially mechanically . Every time you hit your opponent, his percentage will grow, making it easier to knock him off the map.

Still, there will be one main difference: there will be several game modes, but the default will be 2v2. In fact, MultiVersus is intended to be played in cooperative multiplayer , although they have also revealed that they will include 1v1 and free-for-all. There will also be competitive games, something that will require a powerful server network so that the connection is stable and there are no input lag problems.

The move list hasn’t been revealed yet — in fact, there are barely a dozen confirmed characters — but we do know that there will be five types of fighters : bruiser, assassin, mage, tank, and helper.

The game offers options to customize the protagonists quite a bit , since they will have an improvement section in which you can enhance defense, attack, utility or some battle techniques, so that not only their aesthetics (each one will have several skins ), but the gameplay of all will be very varied.

There are only 16 confirmed characters , but everyone seems to agree that the final template will be much larger: characters from Harry Potter , The Lord of the Rings and many additions to their best-known cartoon series remain to be seen. At the moment, the ones we will see at 100% are:

At the moment there are not too many, but the fact that it is sold as something very similar to Smash Bros along with the wide list of protagonists that it promises to bring together is exciting.

The graphics card is the most important element in a gaming PC , since it depends on it whether your experience with…
byDavid 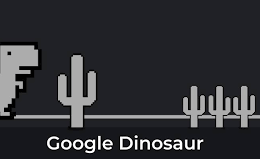