Preview of the Clock app on macOS Ventura: Right on time 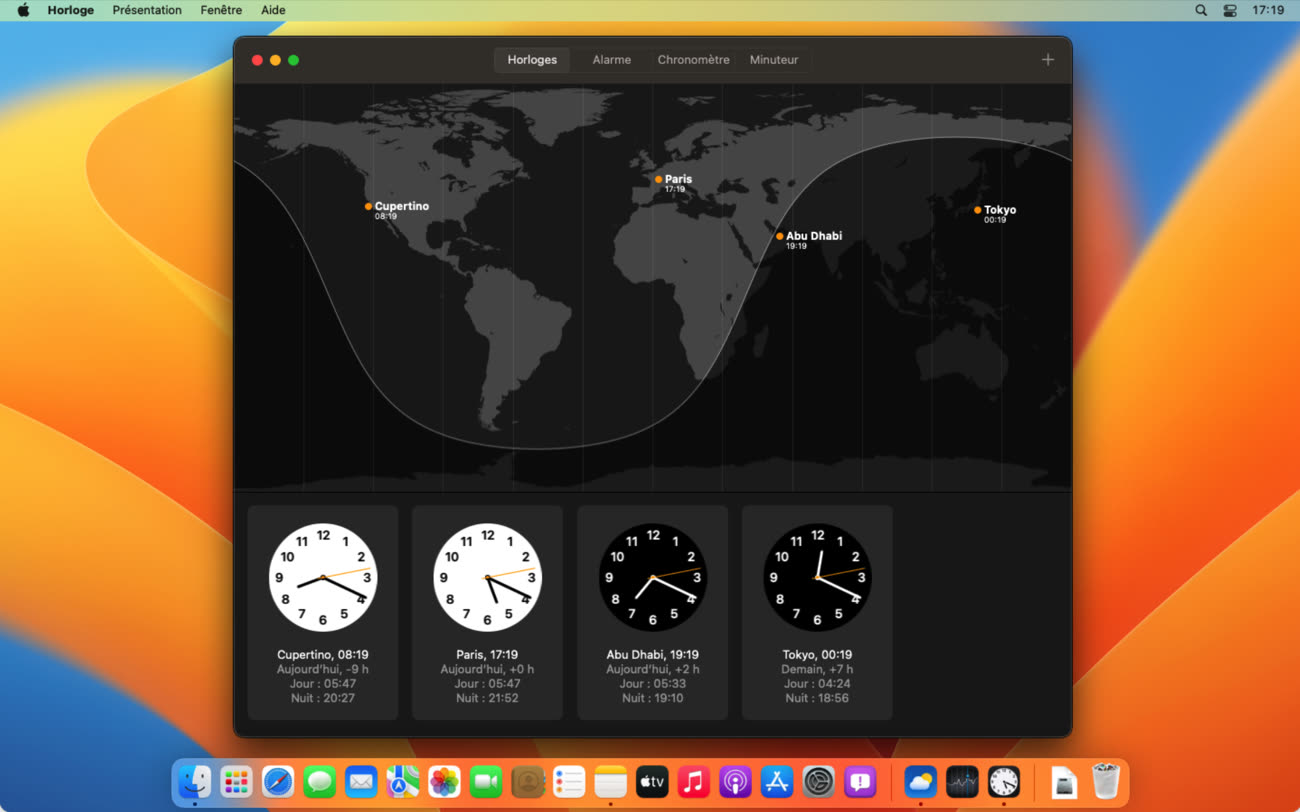 Each year, the new major version of macOS is enriched with applications from iOS. macOS Monterey won Shortcuts, macOS Ventura welcomes Weather and Clock. These two applications have been brought through Catalyst , the gateway between the iPad and the Mac. We won’t come back to the Mac version of Weather that we already presented in a previous article , or just to say that it is complete and pleasant to use.

If you know the iPad’s Clock app, you know the Mac’s “new” Clock app. The two versions are identical, except for a few details. The interface has been slightly adapted for the big screen and the mouse of the Mac: the tabs are not at the bottom of the window, but at the top. There is no “Edit” button in the Clocks and Alarm sections, you have to hover over the saved clocks and alarms to reveal a small cross allowing them to be deleted (or make a secondary click on the clock). A few other interface elements have been tweaked with Catalyst to look more natural on the Mac.

As on iPad, the application icon in the Dock is dynamic, it displays the real time. On the other hand, it lacks the second hand. Maybe it will come in an upcoming beta.

Apple has made a small effort to integrate with macOS. When you activate a timer, the countdown is displayed in the menu bar.

Actions are available in Shortcuts to automatically trigger certain features based on other apps or various actions. This compatibility with Shortcuts allows an interesting integration to its workflow.

Finally, you can ask Siri to create timers and alarms. You can also go through the voice assistant to know the time in a city at the end of the world.

The Clock app on macOS Ventura is therefore no surprise and should suit you if you are satisfied with its mobile version. Apple could make it more attractive (an additional light theme, several simultaneous timers…), but this criticism is not specific to this Mac version.

Apple announces macOS 13 Ventura, the next major software update for the Mac

World Cruising Destinations: An inspirational guide to every cruising destination in the world