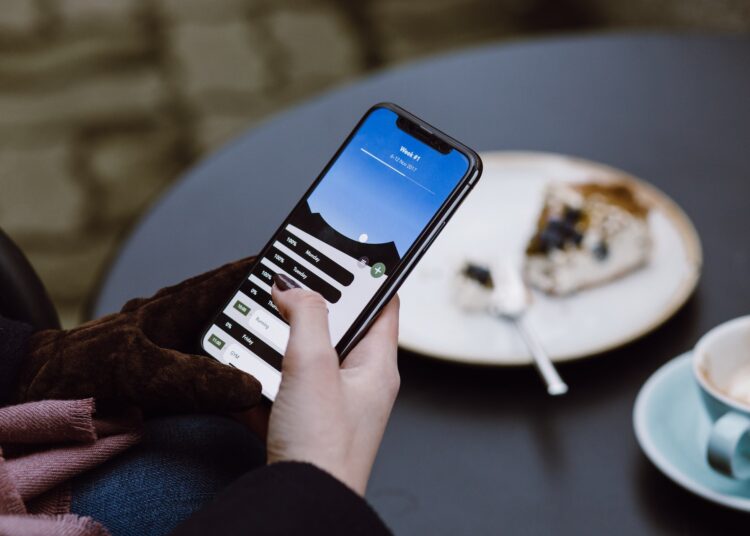 Voice-to-text applications are now widely needed for taking notes. When it comes to manual note-taking, most people can do it. However, what if there are too many conversations to note? Not to mention if the pronunciation is fast.

The thing that often happens is the hassle because you feel that there are many important things, but are too late to record. One’s note-taking capacity is indeed limited, that’s why technology exists to make work more effective.

With the help of new technology in the form of speech to text (also called STT), now people don’t have to bother taking notes. With the help of an application, voice can be converted into text form accurately for various languages. What are the application recommendations?

Otter is an application that can be used quickly for emergency situations. With just one click, this 16MB sized app can run live transcripts. Otter has a variety of features to make the notes more complete and creative.

An example of a feature is the highlighter which can mark the most important parts, such as keywords. The recorded files can be exported as TXT, PDF, or SRT so that they can be sent to other applications.

This speech-to-text conversion application was developed by Research by Google, with more than 500 million downloads. As the most popular app for transcription, Live Transcribe brings quality to the table. In total there are 80 languages ​​that this application can recognize so that it can be used as writing.

Its flagship feature is live transcription which is real time. Users can also add their own custom word of choice. With sophisticated and complete features, this 9.9 MB sized application can be the right choice to facilitate various needs.

This application made by Nazmain Apps is equipped with the ability to translate captured voices from various languages. With a relatively small size of 8.6 MB, users can use it to convert voice into text.

There are various file formats that can be selected and then converted to text. The text results can be sent directly from the application supported by the device. The advantage of this app is that even words that are difficult to explain can still be understood so that the writing is accurate.

The next recommended voice-to-text application is Gboard. This multitasking keyboard made by Google is also equipped with a feature to convert audio to text. This feature is called voice typing. No need to bother taking notes because everything will be written automatically.

Google has been promoting apps with a size of 30 MB for quite a long time, armed with its complete features. Voice typing can be used together with Google keyboard. Its quality is comparable to the number of downloads that exceed 5 billion, with an average rating of 4.5.

This simple voice-to-text application can help users in writing activities. No need to bother typing, Voice to Text can change voice to writing. Apps with a size of 41 MB are also equipped with a translator that can detect many languages.

One of its most superior features is Autosave. With this feature, Edukom as a developer can make these apps able to store recording results directly from recorded sounds. So that users just have to sort out which ones they really need.

Looking for an app that has a lot of features to use at once? The apps developed by 7th Generation are the right choice. Some of its features include changing voice to text, colorful notepad pages, and a checklist generator.

Then there is also a language translator that can be used to translate text and voice. Do not forget the instant notepad that can be accessed practically. So, users who want to get more experience in making notes in notepad are suitable for using this application.

This is an application made by Transcriptor which is widely used for school and work activities. Many editors use these apps because the transcripts are accurate and can understand various languages. This application with a size of 25 MB does not take up much storage memory.

In addition, the speed is also a distinct advantage. Just a few clicks to save transcripts from meetings, interviews, lectures, and more. This text can be saved and edited as needed. Files can be saved in Word or PDF format.

Not only recording live, users can also convert audio to text by uploading files. So, the use of the application can be done interchangeably. Either audio to text, or vice versa text to audio. This practicality makes it quite popular among Android users.

Those are some of the application options to convert voice into text which are easy to use. Armed with STT technology, voice can be copied into written form. The voice conversion process is fast and effective, especially for transcripts. It’s no wonder that applications like this are widely used.

Advertisement
Related Topics:Convert Voice Into Text
Up Next