Nobunaga's Ambition is a turn-based role-playing game saga focused on Imperial Japan that managed to give life to a new subgenre of strategy. 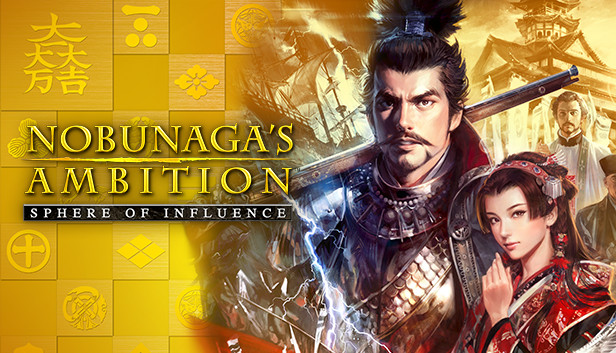 Koei is one of the most influential Japanese developers on the planet and the author of, among other great successes, the Dynasty Warriors and Romance of the Three Kingdoms. The first work that brought him fame was Nobunaga’s Ambition , a strategy role-playing game released in 1987 that laid the foundation for the turn-based state management titles that are so popular today.

Set in imperial Japan, the main protagonist is the daimyo Oda Nobunaga , whose goal is the unification of the country, although you can choose other feudal lords, with their unique characteristics and different from the rest of the options.

As the highest member of the Japanese hierarchy, you must be in charge of managing public resources as efficiently as possible with the aim of creating the largest and most feared army. To do this, you must be able to weave a productive economic network to satisfy both the army and the civilian population.

The title is in turns: these correspond to days and end after a battle or when making a series of decisions related to your territories. Victory is defined by several objectives:

As a hierarch, all kinds of decisions you make will have a profound influence and response in the estates of your country. You will be able to move soldiers, take them to war, increase taxes, move resources from one area to another, control riverbeds to prevent flooding, send spies to the enemy, expand your territory, distribute free food, increase your army, train it or cede part of your sovereignty to an ally. Whatever you do, it will affect in one way or another the morale of your citizens: a bad decision can end in a coup, so be careful…

Next, we leave you the best games in the saga so you can have fun taking a look at them.

It has been released for the Nintendo Entertainment System, Mega Drive, Super Nintendo Entertainment System, Game Boy, Game Boy Color, Advance, and Nintendo DS. It was the first to be launched and, despite the fact that the graphics of the time were not very advanced, it was well received due to the quality of the drawing and the gameplay . It set a precedent at the time and influenced many future video games.

Oddly enough, it has a crossover with Pokémon, which was released exclusively for the Nintendo DS. It is a fusion of both deliveries : the turn-based battles were very different from those of the usual Pokémon saga, since the creatures had to move around the stage to attack, very similar to Final Fantasy Tactics or Fire Emblem . Each warrior caused a different passive ability in each pokémon, so the work had a lot of strategic and farming potential.

It has a very special creature training mechanic and, although at first glance they seem like very different franchises, the final result was outstanding and didn’t clash at all with the idiosyncrasies of each title.

It is available for PS3, PS4, PS Vita and PC. It has been one of the games that has best adapted to future generations of consoles, not only with its obvious better graphics, but also because the playable possibilities have increased and improved a lot, especially in the flexibility of developing cities or of the control of the battle, of which you can decide on the whole army or on small units, depending on what you are best at.

Added the ability to force the enemy to surrender when you were already sufficiently superior to him even if you couldn’t reach the victory conditions, something that slowed down the game quite a bit. In addition, the development of the daimyo was much better than its predecessors, with multiple and varied skills.

It has been the fifteenth title of the franchise . The main innovations were the best in the systems of commerce and agriculture, deeper and more complex; a smarter AI that will put you in a lot of trouble; a more tactical and intense combat system; and a more complete army morale, which now increases or decreases from more skins. It was released for PS3, PS4, PC, and Switch.

Available for Android, PS3, PS4 and PC. It has a huge amount of DLC that complete or introduce new game mechanics, which make it much broader than its predecessors , as well as new scenarios. He has the ability to move up the hierarchical tree, so you can start as a retainer and end up as a daimyo.