Every year there are more Virtual Reality games that come onto the market: we show you a selection with the best ones to enjoy the experience to the fullest. 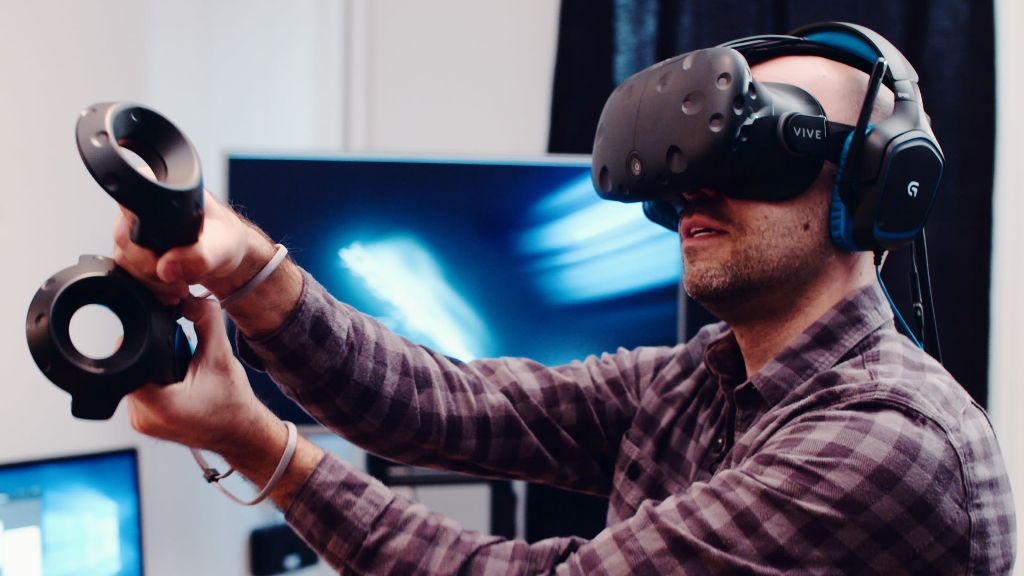 Virtual reality has been around for longer than it seems, but it’s not over yet. The Oculus Rift , the first big VR device, came out in 2016 : other devices from various companies followed.

Have you tried the immersive experience and left wanting more? It’s normal, if you’re one of those who doesn’t get dizzy playing it, it’s a real joy. And to encourage you to do it more, we are going to leave you with an extensive list of virtual reality video games that are a real savagery.

It is a very complete and fun game, focused on action and stealth mechanics. Your mission is to get out alive from some offices that are guarded by robots that will attack you as soon as they see you. The funny thing is that the function of these is to prevent employees from leaving work before the indicated time, which makes it more entertaining if possible. To defend yourself against them you can use any type of tool possible… or you can simply try to go unnoticed.

A real gem for RPG lovers . You will live the adventures of an undead condemned to wander eternally. You will have to fight against all kinds of enemies and go through very different scenarios. Your character can be a ranged archer or a melee warrior. It has a multiplayer mode that makes it even more interesting.

You can play it on Valve Index, HTC Vive, Oculus Rift, or Windows Mixed Reality.

Live in first person the adventures of the most famous hitman in the world of videogames. It is a game made for creative and decisive minds , since each level can be overcome in a thousand different ways and you have to find any of them by gathering information from the environment. And virtual reality will give you an extra point of immersion so that you feel like a real detective.

It is only available for PS VR.

If you like being scared and being able to respond to it even with pressure and a bit of anxiety, this is your game. In it, you have to survive hordes of zombies and reach the end of the level choosing the best possible strategies: either going through the action or choosing a more hidden profile. A work of art for those who enjoy survival horror: only for the bravest!

If you feel dizzy looking out the window or on the balcony of your house, don’t even look at the trailer. The title offers you the possibility of climbing all kinds of surfaces , whether natural or built by humans. It is an asymmetrical multiplayer that will allow you to measure your climbing ability and compare your time with that of your companions, which gives it that competitive gene that makes it so attractive.

It is an exclusive Oculus Quest game.

A fast-paced space navigation title that will put you at the controls of all the planes and vehicles that appear in the movies and comics. Its action is unbridled , its gameplay , very varied, and its immersion, total. It has a wide variety of levels and ships to pilot, so you’ll always have an extra reason to play it again.

It is a puzzle title where you have to find a way to get your hands out of a box. In the process, you will take a trip into the human mind to investigate and learn more about it, while trying to discover what the man in a robe in front of you wants. The story, narrative and gameplay of it will surprise you.

How to earn money and experience in Forza Horizon 5