The Crunchyroll platform confirms the adhesion of Funimation and Wakanim, forming the largest possible catalog that excites anime lovers.

Anime is not an emerging phenomenon, far from it. It has been present in our lives for years, although it is true that its importance is growing every day, as demonstrated by the fact that the large streaming platforms have given it greater weight in their programming, as shown by Netflix’s strategy, Amazon Prime and HBO. From what we have seen, Crunchyroll has decided to hit the table and establish itself as the main alternative in the sector , merging with Funimation and Wakanim.

The last two applications did not have much of an impact in Spain, but in the rest of the world it was a very interesting option for all those who wanted to keep up to date with the latest releases. Now, it will not be necessary to diversify, since we will have it in the same place. And we, in addition, will see how the options to see multiply : there will no longer be any series that can resist us!

Only Funimation and Wakanim (as well as their subsidiaries) worked in more than 52 countries around the world and broadcast in almost 10 languages. From mid-2022, the series that these will be added to their catalog and they will only update the chapters that are in progress. Thus, suddenly, the new Crunchyroll will have more than 40,000 new episodes of a huge number of series that were not available until now.

How to subscribe to the Crunchyroll and Funimation merger

If you are an anime lover and you had a subscription to all these services, you are in luck: now they will all be in the same application! But how are the accounts unified? Actually, it will not be necessary to do anything, just unsubscribe from all the services and do it on Crunchyroll where, by the way, you will have 60 days free if you subscribe by providing proof that you had an account on both services.

The goal of this merger is clear: to combine all brands and services and “offer more value than ever, combining subtitles, dubbing, simultaneous broadcast, library, music, movies and manga in a single subscription”, according to the new directive that emerged after the merger. The union has been carried out after Sony Pictures bought the Crunchyroll platform last year for 1,175 million dollars, a price that denotes how requested the anime market is. Thus, they will reach more than 200 countries and will be broadcast in more than 11 languages.

And another good news is that they will keep their free subscription with ads in the middle of the broadcast, so you still have the free alternative in case you can’t afford it.

The good thing is that this will not increase the price of the subscription . And that we will have great successes like My Hero Academia , Naruto Shippuden, Jujutsu Kaisen or Tokyo Revengers , in addition to others much less mediatic but no less important, such as:

After this move, it is clearer than ever that Crunchyroll has become the world’s leading alternative to anime , with the largest catalog ever seen and that all other subscription services together cannot match. In addition, the vast majority of premieres will be available exclusively there, but also because it will also have new dubbing and even sleeves, an option that you should not miss.

Fire Emblem: Engage and the eager horizon of the Switch 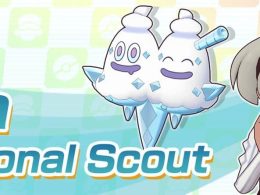 “Don’t cry because it’s over, smile because it happened.” It may seem like the typical motivational phrase, but it…
byDavid

The return of Dragon Ball Super is made to beg

40 is the new 20 . It is an affirmation that many share today to reaffirm their youth and that,…
byDavid