Recognize the 7 Causes of Unreadable Flashdisks on Laptops and Computers

Undetected flash drives on laptops and computers of course make users so annoyed. Especially if in the flash there are important files that must be moved immediately. Many people do not recognize the cause of the unreadable flash on the computer, so they experience difficulties.

As important storage, flash drives are compact in size, light in weight, and easy to carry everywhere. That is the reason most people use flashdisks to make work easier. If the flashdisk cannot be read on computers and laptops, try to identify some of the following causes:

Please note that the cause of an unreadable flash drive on a laptop device can be caused by a USB driver problem. For that, users need to check through the Device Manager feature. Then continue by selecting the Universal Serial Bus Controllers option.

This method can be used to detect problems with the USB driver. However, some flash problems cannot be detected using the Device Manager. Even so, there is nothing wrong if the user tries it first.

How to find out the cause of an unreadable flash can be done by checking the physical condition to ensure cleanliness. Try observing the USB ports available on computers and laptops, then also check the flash connector section.

If the flash drive and laptop that you have are often taken away, then there is a possibility that the device will become dirty due to dust. If the USB port is dusty, it can make the flash drive difficult to read on a laptop, so users cannot access the data on it.

Dust covering the connector can affect the performance of the flash and make it unreadable. The fix can be done by applying cleaning to the USB port using a special brush so that dust doesn’t stick.

Unreadable flash disk problems can also arise due to fake devices being used. That is why, when buying a new flash drive, users must be very observant in ensuring the originality of the device. Apart from the price point of view, the quality of the flash is very important to note.

If you find a flash drive at a low price, try to re-examine the product. Because currently there are lots of promotions for flash drives with large storage, but they don’t show good performance when used. One of them is when the flash drive is unreadable on computers and laptops.

Apart from fake flash devices, other causes can be caused by virus or malware attacks. This problem can occur when the flash drive has been inserted several times on a different laptop or computer, making it vulnerable to viruses.

5. The habit of removing flash drives without the eject process

Just because they want to quickly carry out other activities, sometimes users immediately remove the flash drive from the computer without ejecting it. This habit is one of the causes of the flash being unreadable on the computer.

Even though it is considered trivial, this activity needs to be avoided so that users do not damage their flash drive devices and end up losing important data on them. Try to do a removable disk or eject command first before removing the flash drive from the computer.

6. There is Corrupted Data

The most common cause that makes a flash drive not detected on a computer is due to the negligence of the owner. For example, immediately removing the flash disk even though there is a data transfer process in the flash disk. This activity can trigger data corruption.

For example, the user is copying and pasting some data from a flashdisk. Before the process ends, the user immediately unplugs the flash with the wrong procedure. As for how to deal with an unreadable flash drive, cmd’s help is needed to fix it.

Unwanted events can occur while running a laptop or computer. For example, suddenly the device experiences power failure when the flash is being used to transfer data. This will cause the flash to suddenly error and be unreadable.

In fact, sometimes the user will get a notification to format the flash first when connecting to the computer for the first time. If the command is approved, then all data in the flash will also be deleted. That is why, users can try other alternatives to fix it.

As for how to fix it, users can connect the flash drive via another USB port or use the Repair Logical Errors tool. However, if the flash is still unreadable on the computer, the user is forced to format it so that the flash can be used again to store files.

That is the cause of the flash can not be read when connected to laptops and computers. Considering that this device is very important for storing data, you should use a quality flash drive. Keeping the USB port clean, applying proper use, and installing an antivirus application are highly recommended to protect the flash drive. How to Create a Telegram Link in a Personal Instagram Bio

How to make Telegram link in personal Instagram bio? These types of questions may have crossed each person’s mind…
byDavid

Ncell’s Special Offer For Students and Teachers Due to Coronavirus.

Its been a five-month that all the schools, colleges, universities are closed due to COVID-19. The lockdown may have…
byDavid

How to hide apps on your iPhone?

Sometimes, it’s very important to hide the apps on your iPhone. If you want and if you are addicted to…
byDavid 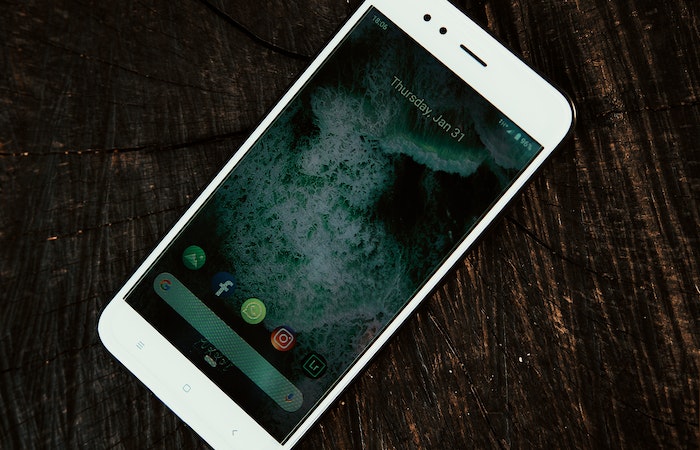 How to Convert Mp4 to Mp3 Workable

Currently, entertainment content can be enjoyed in Mp4 and Mp3 formats. Of course, these two formats will provide a…
byDavid