Steelrising, a twist to the French Revolution

It is one of the most anticipated titles, not only for its aesthetics and its history, but also for its playability and commitment to soulslike Steelrising. 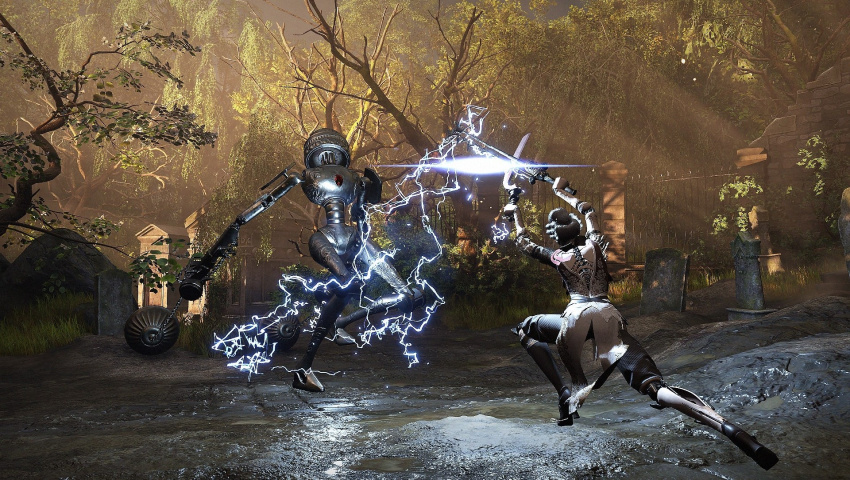 The French Revolution is one of the most important events in contemporary history. Despite this, his appearance in video games has been quite limited. The Nacon studio has seen in it an excellent reference to base its next creation, Steelrising , which will present the events from a rather peculiar perspective: the revolt promoted by the bourgeois elite to overthrow the French throne of Louis XVI has to face a mob of …robots!

Announced during the Tokyo Game Show event in 2021, it didn’t take long to turn heads . And not just because the studio’s latest titles have been well received, but because its atmosphere, gameplay, and charisma quickly surfaced. Even so, the problems derived from the organization of Covid-19 have somewhat deflated the expectation generated, something that they intend to recover as the launch window approaches.

Didn’t you know anything about the existence of this video game? Nothing happens, once you are aware of everything that is going to be presented, it will not take too long to join those who are impatiently awaiting its arrival : we compiled all the information available so far so that you know every detail of the game to the millimeter.

Everything you need to know about Steelrising

Initially planned for June 2022, the game was definitively delayed to September 8 with the intention of polishing the last details and that its state is as optimal as possible.

To the chagrin of those who have not yet upgraded to the new generation, the title seems to only be for PlayStation 5, Xbox Series X/S and PC . Nothing has been said about versions for PS4, Xbox One or Nintendo Switch.

The video game will take us to an alternative version of the French Revolution, in which the tyrant monarch Louis XVI has created an army of robots to crush any attempt to end his government. The protagonist is Aegis, an automaton created with the intention of being a dancer but who was reprogrammed to become a killing machine and protect Queen Marie Antoinette .

Aegis will be in charge of watching over her and keeping abreast of everything that happens in the capital, which she will visit from the most symbolic buildings of the country’s culture and architecture, with a gothic and almost ghostly touch, to the outskirts of a a city that seems to have seen better days .

The title is an action RPG that drinks heavily from Dark Souls. Of them it shares many characteristics, such as the fact of presenting huge maps -which are not open world-. In them you will find Vestals , which work like the bonfires or the sources of grace of Elden Ring : you recover life, distribute the points you earn when you level up and improve your items, as well as being able to save the game.

Aegis has a wide variety of weapons at his disposal that are actually just extensions of his body and that work differently, greatly altering the way he fights. These do not work as simple alternatives, but you have to know which one to use against which enemies, since they have special abilities that will not only allow you to block attacks, parry or a quick counterattack, but also perform unique movements such as discharge bursts of energy or make very fast attacks.

The protagonist will be able to freely change two equipped weapons of the 6 that he will have at his disposal during the battle. These scale freely and boost one stat or another . To upgrade them you will need to gain soul essence, the equivalent of experience, to become more efficient with them.

At the same time, your character can also be boosted through the use of certain objects that improve some of its aspects: health, resistance, attack, defense… Throughout the story, we will find equipment to adapt the protagonist to our style of play. The development of the story is linear , since you will need some gadgets to advance in specific areas.

And like a good soulslike, the difficulty is one of its most popular features. Each enemy is a world. You have to study the final bosses perfectly and know how to use potions wisely: dying means losing all your soul essence and, therefore, delaying your progress. Despite this, the developer has created an assistance mode in which some tasks in the game are made easier for you, aimed at those who want a more relaxed experience.

Steelrising is one of the works that aspire to become game of the year. It remains to be seen if the expectations are up to par or if it becomes one of many to be released throughout 2022.

How to Speed ​​Up Telkomsel Network with Several Methods

What you need to know about The Sandman series and books