Rabbids: Party of Legends will work like a kind of Mario Party starring Ubisoft's most beloved rabbits and will feature more than 50 mini-games. 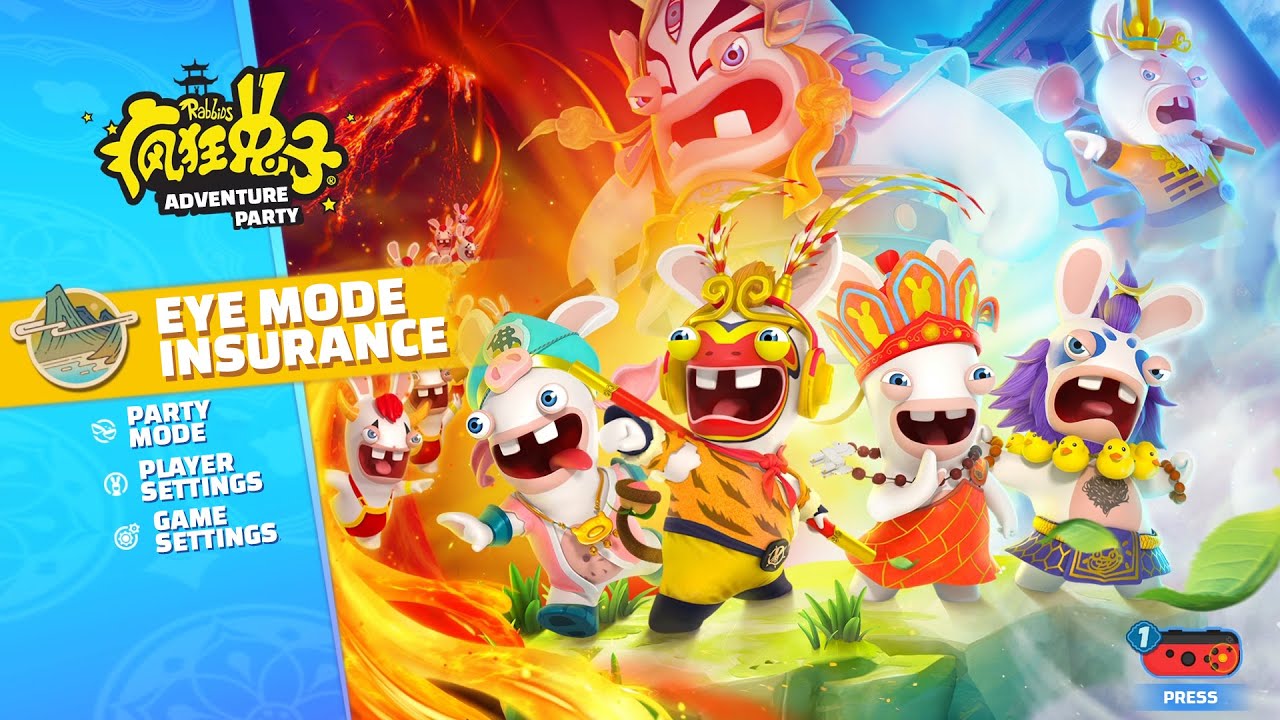 Known as party games, those designed to be played in face-to-face multiplayer and featuring several mini-games with different themes and mechanics, are becoming more and more common in console catalogues. Mario’s was not the first, but it was the most famous of the genre. To discuss its influence, Ubisoft has prepared its own, and what better than the company’s most mediatic rabbits to give it a name: Rabbids: Party of Legends has arrived to liven up your summer vacation .

They are games that don’t last too long and are designed to pass the time in company, so that everyone present can participate and compete in casual and funny tests. And, in addition, the game has its story: one day of vacation, these friendly bugs enter a washing machine, which takes them to an unknown world. The local monarch, the Monkey King, and his henchmen Pigsy, Sandy and Tripitaka do not want the Rabbids to return home, for which they have created a series of traps that they must avoid to cross the magical island and reach the goal. .

The work will be a localization of the original , which was published in China a few years ago. Its success in the Asian country, in addition to being a formula already known and established in the West, has led Ubisoft to dare to take it to the second largest market in the world. Not surprisingly, it was designed by Ubisoft Chengdu, who took inspiration from the culture and classic imagery there to create the atmosphere.

It is one of the games of the summer that you should not lose track of. In this guide, we will show you all the information that we currently have to convince you to take a look and be enchanted by the simple and funny personality of the protagonists.

Everything you need to know about Rabbids: Party of Legends

The new multiplayer is available from June 30 : the best possible way to start the summer.

Ubisoft will release the title for Xbox One, PlayStation 4, Nintendo Switch, Stadia and will have updates available so that they can also be played on the new generation.

Gameplay the Rabbids: Party of Legends

With more than 60 mini-games, the work will force us to use all the functions of the Nintendo Switch controls: press buttons, use the analog ones, move the controllers… The themes of each test are very different , but each one will adapt to the possibilities of the control giving rise to a very broad and different game system.

The main game mode is 2 against 2 , although it is also possible to make it all against all, more chaotic and fun. In addition, the title offers you the possibility of creating personalized lists with the group’s favorite mini-games so that they always appear, generating an ideal atmosphere.

Think of this as a great way to prepare for the launch of Mario + Rabbids: Sparks of Hope , which is coming later this year. It seems that these little human-shaped rabbits are never going to leave us: who would have thought it when they debuted in that Rayman!

an ideal multiplayerThis will be Rabbids: Party of Legends
0
Share

These are the most hated anime of all those that exist