Ever since Hunter x Hunter was first published back in 1998, Yoshihiro Togashi’s work has garnered all the hype he could dream of, and more. But he has also racked up the largest hiatus in history to the point of earning the nickname “Hiatus x Hiatus.”

The last one, of almost four years, is the longest of all. But it seems that it will soon come to an end. If you live on another planet and have not yet heard of the stir that has been formed with a supposed tweet from Yoshihiro, do not worry. We keep you up to date on everything.

Four years of hiatus in an agonizing wait

The last Hunter x Hunter chapter published to date was 390, released on November 26, 2018 in the Shūkan Shōnen Jump magazine , the same home of other renowned works such as One Piece or Naruto .

The last thing we knew at that time was the message left by his mangaka at the end of said chapter, where he said: “ From the next edition I will take a break. Once the resumption date is decided, it will be announced in the magazine .”

Thus, without further explanation, Hunter x Hunter entered an indefinite hiatus ; in an eternal and painful silence; in slow agony for his fans. Until now.

The announcement of the return of Hunter x Hunter

On May 24 of this year, a Twitter account created that same month in the name of Yoshihiro Togashi published a tweet in which he uploaded a sketch of his work along with the message “ four more episodes for the moment ” .

That message seemed anything but real. Mainly because the account was new and because another fake Togashi account had already appeared a month before. After the commotion generated, with contained doubts and illusions in between, a spokeswoman for Shueisha (publisher of the Shūkan Shōnen Jump magazine ) confirmed on the Japanese news portal Oricon News, that the Twitter account in the name of Yoshihiro Togashi was real.

Yoshihiro Togashi’s Twitter account is only a few months old, but he has already become the most followed manga creator on the social network . Since his first tweet, he has been sharing his progress with small polished pencil sketches in which, yes, he is very careful not to give us any spoilers.

What can be seen is that it is advancing at a good pace and, for the moment, it has already completed up to draft 19 .

Why did Hunter x Hunter stop?

Hunter x Hunter is the only series that Shueisha publisher and Weekly Shonen Jump magazine have allowed to have such a sporadic issue over time. This permissiveness has its reason for being in the remarkable success of the work and in the state of health of its creator.

Yoshihiro Togashi has stated on several occasions that he suffers from health problems due to the stress to which he is subjected. Since the 1990s he has suffered from chronic back pain that prevents him from moving or even getting out of bed. So much so that, on occasion, he has confessed that, for him, happiness consists of being able to go to the bathroom or sit in a chair.

The series B cinema of the 80s did not go unnoticed. The spectators went to see the films aware…
byDavid 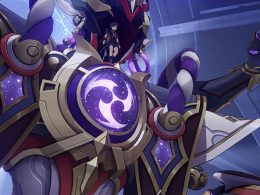 Last August, the Genshin Impact 3.0 update came out, generating a great stir and expectation. Here we tell you…
byDavid