Digimon Survive, a connection with our past selves

Digimon Survive is the new title in the manganime franchise, a graphic adventure with RPG overtones that takes us back to the digital world. 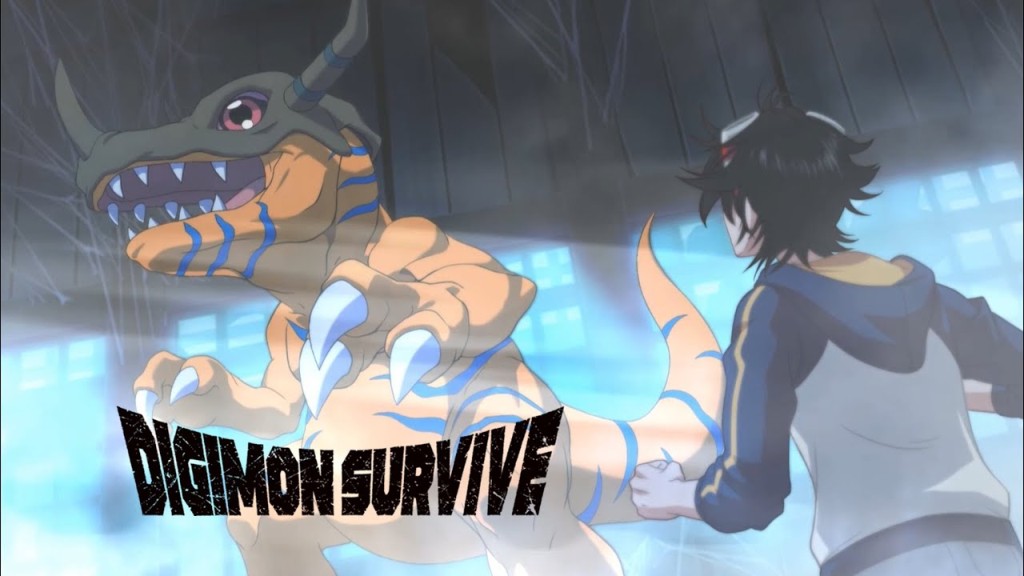 Any day in the summer of 2000, you get out of bed early, go to the kitchen for cereal and turn on the television. At that moment, and for your enjoyment, Agumon and Tai Yagami face any of the thousands of powerful creatures of the Digital World. Those memories are gone never to return, but video games like Digimon Survive bring us closer to that time when we were so happy with so little.

The title, designed by Witchcraft and published by Bandai Namco, is a visual novel with RPG mechanics , in which we will use our companions in turn-based combat in a similar way to that of Fire Emblem and Final Fantasy Tactics : moving them through squares of a scenario that works like a ring and in which we have to use our skills to defeat the enemies.

The video game is a real wonder, don’t be fooled by the notes on the analysis pages because they are biased . One of the main criticisms doesn’t make sense: nobody expected it to be a graphic adventure, when it was presented that way from the beginning.

Digimon Survive , a jewel that enhances the franchise

The title is available for Xbox One, PlayStation 4, Nintendo Switch and PC. It is so recommended for those who grew up watching the series as for lovers of graphic novels. If you are not used to them , you can suffer , since a good part of the game will be spent watching dialogues and making decisions that will have a direct impact on the development of your Digimon.

The main protagonists are Takuma Momozuka and his partner Agumon , although for most of the fights you will be accompanied by some of the other chosen children: Minoru Hyuuga (Falcomon), Aoi Shibuya (Labramon), Ryou Tominaga (Kunemon) Saki Kimijima (Floramon) , Shuuji Kayama (Lopmon), Kaito Shinonome (Dracmon), and Miu Shinonome (Syakomon).

All these children coincide in a summer camp. When visiting a sacred place they are surrounded by a dark mist and attacked by strange creatures. It is then that his Digimon appear to protect him and the adventure of leaving that world that was not his begins. The narrative is darker than the original anime , but its development is sometimes very slow, since you will have to put up with soporific dialogues. The lobby where you have to start the conversations or explore the environments ends up getting tiresome, even though the plot is very interesting.

This is the Digimon Survive combat system

All digimon have a passive ability and a series of statistics (the same as Pokémon , to be exact) that measure their performance. The protagonists will be able to acquire evolutions as the story progresses and transform in the middle of the confrontation —you will have to spend skill points each turn—, while the ones we capture (or in terms of the game, the ones we manage to make our friends) have a form that they maintain and that they can only overcome by giving them some evolution items.

With regard to the evolutionary lines , although it is true that your companions are previously set, your Agumon’s will depend on your karma , that is, it depends on which line the decisions you make throughout the game follow. certain digivolutions and an end of the game. There are three lines: morale (green), harmony (yellow), and anger (red).

Creatures have different types and subtypes that are effective or ineffective against one another , something you’ll need to play around with to make your team composition. Lateral attacks are stronger than those made from the front, and if you don’t do any, your digimon will go into a defensive position and take less damage. There will be certain situations where your creatures will be able to do combo attacks. Also, as long as we have affinity with other chosen children, they can talk to us in the middle of the game and give us a series of bonuses.

The good thing is that if we feel that the fights are not too challenging, we can change their difficulty before starting them . It will not be necessary to always resort to the protagonists, although there are battles in which we will have to use some digimon yes or yes. On the contrary, we will be given the opportunity to recruit other creatures with a somewhat strange method: in free combat, we will be able to talk to them, who will ask us a series of questions that, in case of successfully answering them according to their personality, they will offer to join us or give us an item.

In short, Digimon Survive is an excellent video game that feels like a current adaptation of the first television series. Its fun gameplay , its intriguing story and the charisma of its creatures will keep us hooked from the start.

The return of Dragon Ball Super is made to beg