Evil Dead is an asymmetrical multiplayer of the survival horror genre similar to Dead by Deadlight but with its own very marked style and identity. 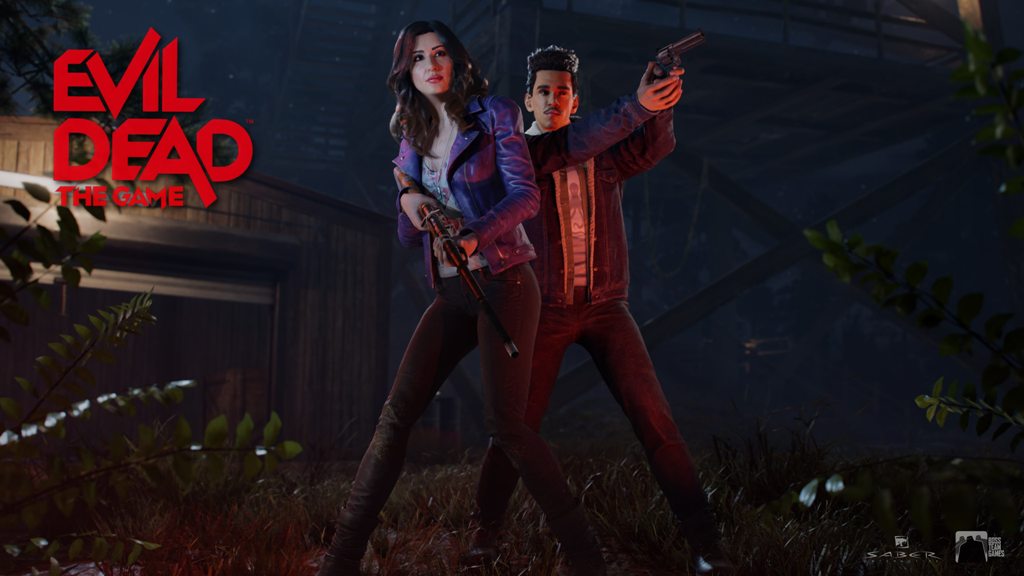 The series B cinema of the 80s did not go unnoticed. The spectators went to see the films aware that they would find a true grotesque, but there are caveats that managed to compensate for the lack of budget with a controversial and creative bet, as is the case with Infernal Possession , a horror work that did not leave indifferent to no one and that, 40 years after its premiere, it is resurrected with a game that starts from the same premise: Evil Dead will not just pass through your life.

Their intention is not simply to appeal to the nostalgic , to draw the attention of lovers of the horror genre and Sam Raimi’s films or to commemorate his legacy, but rather they want to reach a wide audience attracted by the vision of survival horror, its unbridled action and its gore style is not suitable for all audiences.

And the one in charge of bringing the title to life is none other than the Saber Interactive studio —which, by the way, is based in Spain—, which in recent years has focused on ports ( Halo: The Master Chief Collection, Crysis, The Witcher 3 ) and bringing classic franchises like Ghostbusters to light , so it hasn’t been a strange task for them.

The result at a graphic level is spectacular , with a unique style that draws from the original film and that knows how to make the most of the possibilities of the new generation and the PC. The animation, the modeling of the environment and the protagonists and the atmosphere is spectacular.

What you need to know about the Evil Dead video game

On this occasion, in an unusual practice in games that deal with movies, the story is more or less new, although it includes the same protagonists: Ash, Kelly and Pablo. We are facing an asymmetric multiplayer that also has a campaign mode that will allow us to get used to the controls and get extra cosmetics. During the games we have to choose the side of the Evil Dead or the citizens and meet a series of objectives to lead your team to victory. On the human side there will be leaders, warriors, hunters and supports, while the monsters have Warlods, Puppeteer and Necromancer.

In summary: it is a bet similar to Dead by Daylight , in that there is a side with 4 users and another with only one. During character selection, you have to choose the class you are going to play as, each with a different game system and role. In general, its average duration is between 20 and 30 minutes

The human side, the survivors, will have a total of 25 weapons at their disposal , which they must use to get rid of all their threats while obtaining their 5 objectives of the game, which are:

The achievement of each of them will be done in different phases of the game , which will be played on the same map that stands out for its breadth and helps each game to be different. While we try to meet the challenges, the user of the other side will try to prevent it in any way. These feature a fear gauge that, when filled, exposes the character more to the demon and makes it easier for them to control it.

Unlike in DbD , the demon does not control a single character, but will have various tools to make it difficult for us. He will roam the field like a shadow setting off traps, unleashing demons, or even manipulating the will of one of the allied characters to kill his teammates. Both sides have a kind of fatality that knows how to reach the highest possible level of gore. And if you’re one of those who get scared easily, be careful, you’ll scream more times than you think because of the game’s format.

As the game unfolds, the characters change and evolve : the survivors will depend on the bottles they collect to improve their strength, resistance and fear; and the Devil, on how successful he is in harassing his rivals. But it is not the only progression that exists: each game will give us a series of rewards that we can invest in improving the abilities of the characters or unlocking new ones, so that they are stronger and more powerful.

Best of all, Evil Dead is far from being squeezed to the max : the studio has promised new updates that expand the base of characters, game modes, and even events. Far from being a simple tribute, the title wants to break into the asymmetric multiplayer genre and leave its stamp of identity.

This is Zenless Zone Zero, from the creators of Genshin Impact